Wyrms kicked off the month with a furious release of well-executed, no frills black metal. This is a new band for me, but these guys have a few releases under their belt and this latest is well worth the time investment. This album expertly uses brief acoustic passages as relief from the vicious onslaught, instead of filler material. The drumming performance is a nonstop inspired blasting assault, with tasteful fills and restriction to let other moments of the song shine, proving that songs can achieve buildup without drumming at the forefront.

For a the vast amount of aggressiveness contained within this album, melancholy lurks within the production and the guitar tone, with the track “Les Échos du Passé, which also consists of maniacal laughing that rounds out this crazed track of depraved sorrow. The guitars are at once melancholic yet melodic, providing a soaring sensation over the blasting and vocals that carry the songs to new heights. If you only listen to one track before judging this album, it had better be “Dysgenic Imperial Vortex”, which is a perfect amalgamation of all the great characteristics previously described. The vocal performance on this track is the strongest on the album, just forcing its will over all the other elements of the song to forge a monument of pain, and the variation of riffs in the background is absolutely sublime. The croaking frogs in the outro track is the most French thing I have ever heard, gracing this album with an identity all its own.

Daagh gifts us an album with otherworldly atmosphere at the forefront of the experience, making this an ethereal experience above most others. Usually bands are able to create intense atmospheres by restraining the drums so the guitars can lurch towards the infinite horizon, but Daagh carves his own path. While the drums are blasting away, the guitars take on an astral quality, slowly fading away and returning while doubling down on the melodicism, using repetition as a driving force.

This Daagh entity has seemed to emerge from nowhere, and if this is indeed his debut recording, then a bright path is illuminated for this musician. The guitars possess just enough of a raw tone without disguising changes in riffs and variation, adding to the overall mystical sensation rather than hindering the dynamics. Songs range from roughly five to nine minutes, and if there was no creativity to be had, this would be another one in the long line of repetitious black metal slogs, but Daagh unleashes a healthy variety of riffs for each song, as all the tracks tend to move towards a greater goal, rather than stay complacent in the stars. For this album to be a debut is quite an achievement.

This recently unearthed EP is raw in a transcendental and hallucinatory way, as there are lots of mysteries going on in the background. The songs have plenty of variation and are not simply a raw wall of noise, but a methodical approach to a rapid staticky descent. The shorter tracks introduce clear ambient parts, and these in no way detract from the overall bleakness as the piano in “IV” is a haunting piece. I particularly enjoy the label’s use of the word “unsung” to refer to this being an instrumental release. But is it really instrumental?

Beyond the obvious guitars and drums, there lies a mystical unknown quality that makes this release so captivating. At some moments, the lowest grumbling of vocal pain seems to make an appearance, and just like that, it disappears. Depending on where your concentration lies, your experience of this album could change with each listen, and this is an extremely rare quality. This EP plays with the listener’s imagination in a way that no concrete assumptions can ever be made about what is being heard; it will remain unknown for all of time. This is a special release that was fortunately disinterred before being lost forever.

One look at the album cover will display a scenic homeland worth protecting, and Norrhem deliver bombastic sounds of Finnish pride. The guitar tone is set to “triumphant” as the band delivers empowering and varying riffs throughout the album, which mostly consists of longer tracks. The length, along with the monotony of the riffs, work in the band’s favor as they are able to drive a stake through the heart of the listener, cementing melodic Finnish glory that never lets up.

The final two tracks are some of the finest displays of the Finnish black metal sound in quite some time. The simplistic songwriting pairs with the energetic instruments to create a constant climax in the first part, and Norrhem does not shy away from synths to emphasize the urgency of the track. The second part is more subdued, with slow churning that drives this album towards its murky end. The drum performance on this last track must be commended, and the production really makes it shine. When the double bass kicks in, instead of a sterile clicking sound, you are immerse in a zero gravity torture chamber of dismal pummeling. The foreboding doom just overtakes the entire track, and it is a force to behold. Agatized takes pride in reviewing albums without mentioning other artists, but I must say that Norrhem have concocted a sound that is the perfect balance of early Sargeist and Havukruunu. A monumental Finnish experience. 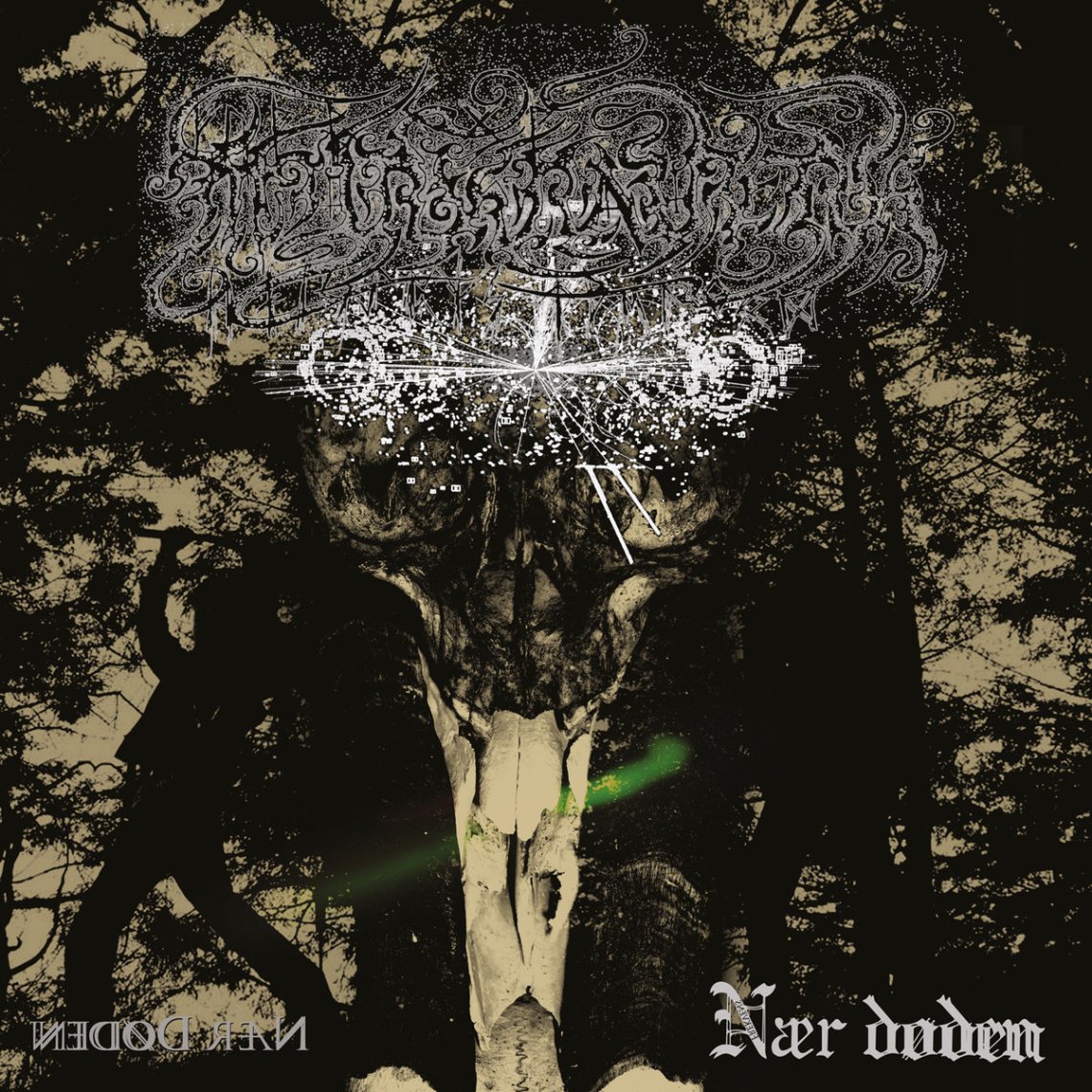 While Vargrav and Demogorgon certainly have a stake in the best band logo of the year category, there is no denying the crown to Myrkraverk, in its vacuous psychedelic glory. The shimmering transcendence of the logo indeed matches what is to be heard on this album. It may easily be seen as a disjointed affair, but full immersion will unveil a sprawling landscape of left-field ideas mixed with the heaviness of true psychedelic black metal and vocals that are travelling between different planes of the universe.

One moment, you are being led on a tripped out road to nowhere, and all of sudden comes a groove that has you headbanging, and this fleeting moment could last for seconds or for minutes. Myrkraverk continually keeps one guessing throughout the duration of the album. The longer tracks are usually followed by one or two short segments, and these can contain anything from a trippy vocal display or acoustic interludes. “Blåkvit” is an incredible standout track, unleashing all of the violent psychoactive insanity that is all but hinted at earlier on in the album. It is a looming ferocious march towards a mental freakout. This album is an enthralling listen for fans of deeply psychedelic black metal.

Forlor offers a certain charm for those still entranced by the primitivism of certain Norwegian second wave bands. Simple song structures dominate this release, with musical prowess taking a backseat for a pure dark atmosphere, which is strengthened by the fact that the band recorded the entire album on a 4-track recorder, which lets the live atmosphere shine through. A band can be primitive and mid-paced without sacrificing quality in songwriting, and all the songs to be found here are constantly building to something greater, without devolving into a formulaic composition.

Instead of just offering pure Norwegian worship, Forlor stands out by incorporating an unmistakable Finnish element into the somber environ, with the familiar melodic riffs, a brilliantly audible bass guitar, and the warm tone of the keyboards. Those that are looking for something in black metal beyond the typical blistering pace and triggered drums will find much to enjoy here, and simple authenticity reigns supreme. The tracks usually meander around four to six minutes, leaving plenty of time for variation, but not too much as Forlor executes its attack at their own pace. 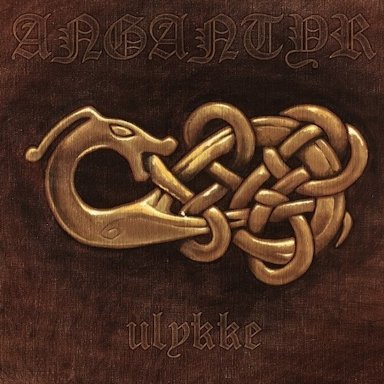 A comforting truth to Angantyr is that you know every release will never drastically stray from the path of true black metal with lyrics revering Danish history. This is the identity that Angantyr has forged for twenty years, and after all this time there is still no other band quite like it, so there’s no reason to deviate. Main man Ynleborgaz has long been an underrated riff maestro, delivering compelling songwriting on every single album, and Ulykke is no exception.

There is a sense of urgency that begins the album, with sorrowful yet melodic riffs compounding on one another to create a compelling songwriting formula. These “sorrowful melodic” riffs are always propelling these songs forward with a searing, euphoric quality, combined with an inspired vocal performance that in turn grows increasingly fraught as the minutes pass. The second track “Visdoms Virke” perfectly encapsulates these qualities, ever speeding to a climactic conclusion. This album is an hour long exhibition of fantastic songwriting and performances, especially with only one man at the helm.