It is an easy task to become enveloped in the constant activity in the underworld of new metal creations, dominating your purchasing habits and listening time. As seasoned veterans of genre exploration, we have groomed a culture within ourselves of ceaseless appreciation of the past, and there are always those sought after albums that we may have missed at release time, or were simply a little late to the discovery, that are impossible to obtain. The “Giants Reawakened” series will mostly focus on classic relics that were long out of print, or compilations of highly sought after material, recently unearthed to a hungry consumerist mass. The search has come to a close for these amazing albums.

One of the most unique journeys that you can undertake within the metallic realm is found here. This album has been highly sought after in the physical format, and rightly so, because this is a masterwork in unfiltered expression and creativity by a single entity named Wrest. In a past post, the notion that one-man bands display their dominant instrument was put forth, and here again there is no doubt that Wrest is primarily a drummer, who is also masterful with the ambience to create a haunting yet driving backbone to this release. “Ambient black metal” is loosely used to describe albums with instrumental sections that are totally separate from the metallic element, but very rarely is it merged with such precision and effectiveness.

“Minions” is the moment where everything falls apart. Bleak, slow doom riffs topped by melancholic piano bits reverberate the confused reaction of the destruction of everything that you once knew. Your life’s routine and familiarity have taken a turn that will never go back to the way it was. Echoed vocals and instruments dissolve the listener with impending doom and dread, yet there is a weird comfort in this strange world. Each track could have paragraphs written about it. This is a black metal landmark finally seeing the light of disgusting day once again, and if you’re not familiar then you are lost.

One of the main calling cards for this band is the improvisation of all the material, and it paints a haunting picture of what atrocities may take place in their remote Swedish cabin. For one man to have sessions such as these speaks volumes about the darkness inside, and this album is the finest in their career so far. The whirling riffs being executed are some of the most insane sounds to emerge from the underground, especially evidenced by the final track “Nidhöggs Härkomst”. These are couple with raw yet uplifting leads and solos to create a cathartic sensation within the listener, bombarded with sensations of both brutality and vitality. Backlined by an absolutely inhuman drum performance, this band is triumphing at all levels.

The musical performances would not be near as powerful without the accompanying production, which has a perfect rawness while illuminating all the important musical aspects. It is truly a timeless and genius production job, one that seems to not be imitated. The ambient sections are numerous yet appropriate, as songs seem to fade and wither away into a calm instrumental dust, rather than an abrupt, forceful change. For fans of this band, all of this information is old hat, as they know that this album is the band’s magnum opus. A hallmark of raw, ambient black metal with performances and production to be envied throughout the years. 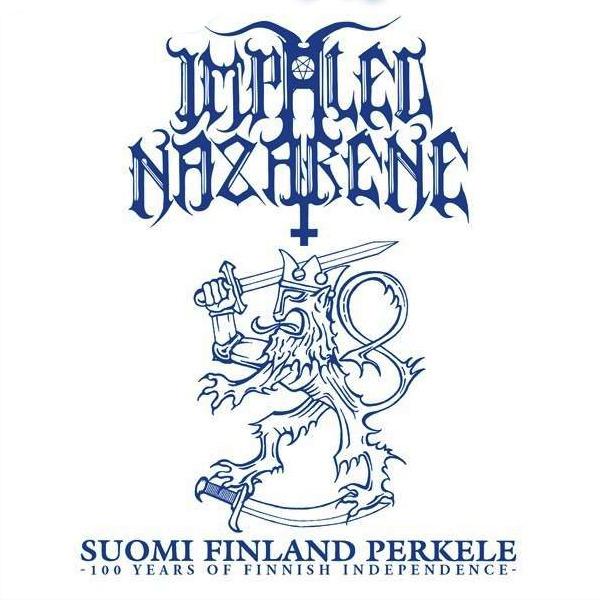 This album is no doubt familiar to all, and it has been easily available throughout multiple formats throughout the years. I have chosen to highlight this specific edition because it is a true relic of its time. There are countless Finnish metal albums, and there will be many more, but few have the gall to represent itself in this way, as THE album for the 100th anniversary of independence. Impaled Nazarene have never been shy about their Finnish pride, but this album contains some of their strongest tracks performed in the glory of Finland. “Total War/Winter War” is the clear anthem for this celebration, and one of the strongest pro-Finnish tracks in the metal universe.

Just one song doesn’t make an album, and sure enough, every single track has become a classic in its own right. From the absolutely devastating vocals on “Steelvagina” to the plodding, ritualistic atmosphere on “Quasb”, and the shredding on “Oath of the Goat”, every track differentiates itself from the whole, yet together form a complete Finnish experience. There will never be another 100th anniversary of Finnish independence, and this edition serves as a testament to the historic importance and to the lucky few that lived through it, as well as honors those fallen to make this anniversary possible. 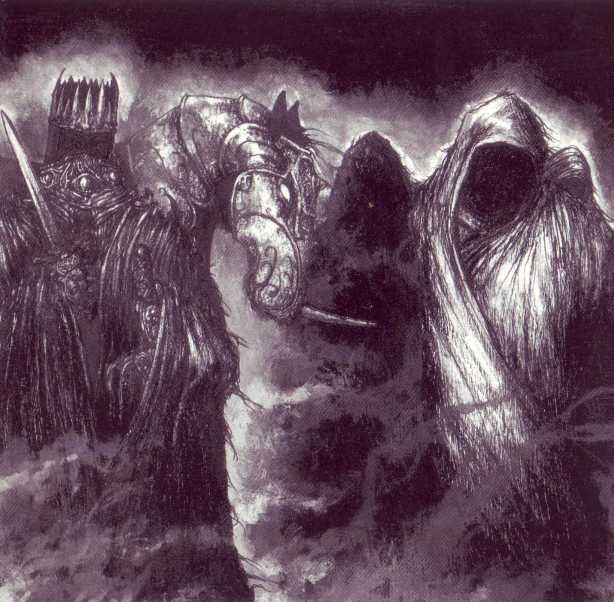 On their first album, Warloghe expertly combine the trademark Finnish black metal sound with an eerie rawness that still leaves room for memorable songwriting and intelligible riffs. The second track “Once More Against the Light (For Satan) possesses this yearning yet melancholic riff that is absolutely spellbinding, creating conflicting feelings of sadness and triumph. The lyrics are one of my favorite things about Warloghe, as I feel that their writing style adds to their mysterious aura, and this second track in particular is no exception to this. It sounds like it was written in a hurry, as if walking down a long dark hall during a bloodthirsty rampage. The melancholic riff/crazed lyric combination returns again in “Tower of Flies”. There is an overwhelming sense of dread as you’re following along to this song, and then there’s moments that induce involuntary head movements. Warloghe are masters at creating many different emotions on a whim, never allowing you to feel comfortable.

“The Hammer of Lord Satan” introduces some Archgoat-like ignorance into the equation. This track is a pure riff onslaught, with the drummer executing a perfect slow speed to allow for maximum effectiveness. It’s a unique track on the album, as none of the others stoop to this level of slow brutality. To add to the wealth of creativity exhibited here, Warloghe unleash a fetid, demonic guitar solo in “Desecration”. It is so evil that it must be heard to be believed. For a debut album, Warloghe clearly had a lot of ideas, and they executed them in a perfect manner. There is so much variety in just 30 minutes, with everything to be loved about Finnish black metal characteristics included within, from uplifting melancholic riffs to fist pumping devil worship anthems and great performances from the two band members. Warloghe are in the top tier of Finnish black metal.

Right off the bat, one will notice that the biggest departure from the sound of the previous album is the drum production. The snare tone is entirely different, and the drums in general, are more muted this time around, allowing the vocals and the raw fuzz of feedback to provide the prominent role, with the guitars somewhere in between. This is not to say that the riffs are nonexistent or hard to pinpoint, it just gives the album a completely different aura, which is a positive criticism. The main riff in the second track “Underneath the Seven-Fold Eye” is a powerful driving force with the drums blasting away the whole time, allowing your senses to slowly peel away as you enter Warloghe’s dark realm once more.

“Fires Burn Black” has to be one of the most primitive black metal tracks ever recorded. The stop and start guitars are reminiscent of just about any average demo tape you can name, and the fact Warloghe included this on not their first, but their second album shows their fearless nature towards the music they create. They are not in this for fame or glory, just pure devil worship through sinister audial means. “A Monolith Clad In Fog” follows, and creates a duo of bizarre experimentation. Slow pounding drums meet whining guitars to form a perfect companion to “Fires Burn Black”. The melancholic assault picks back up on “Illuminating Void” and “Dark Spires Swirl in the Abyss”, which may be the strongest tracks on the album. The drum fills are superb in their variation, and the riffs executed with a fiery passion. This is the moment where you begin to realize how perfectly this new production suits the style of this album. It’s all about engaging with the vortex of the riffs, and with the drums being in the background, they still provide the backbone to the tracks, but they are never overwhelming. This allows to drummer to blast away while the listener is never able to shake the grip of despair that the riffs provide, creating a perfect duality. If nothing else, Warloghe are a very deliberate and devoted band, and no one should doubt that the choices they make will be anything less than masterful.