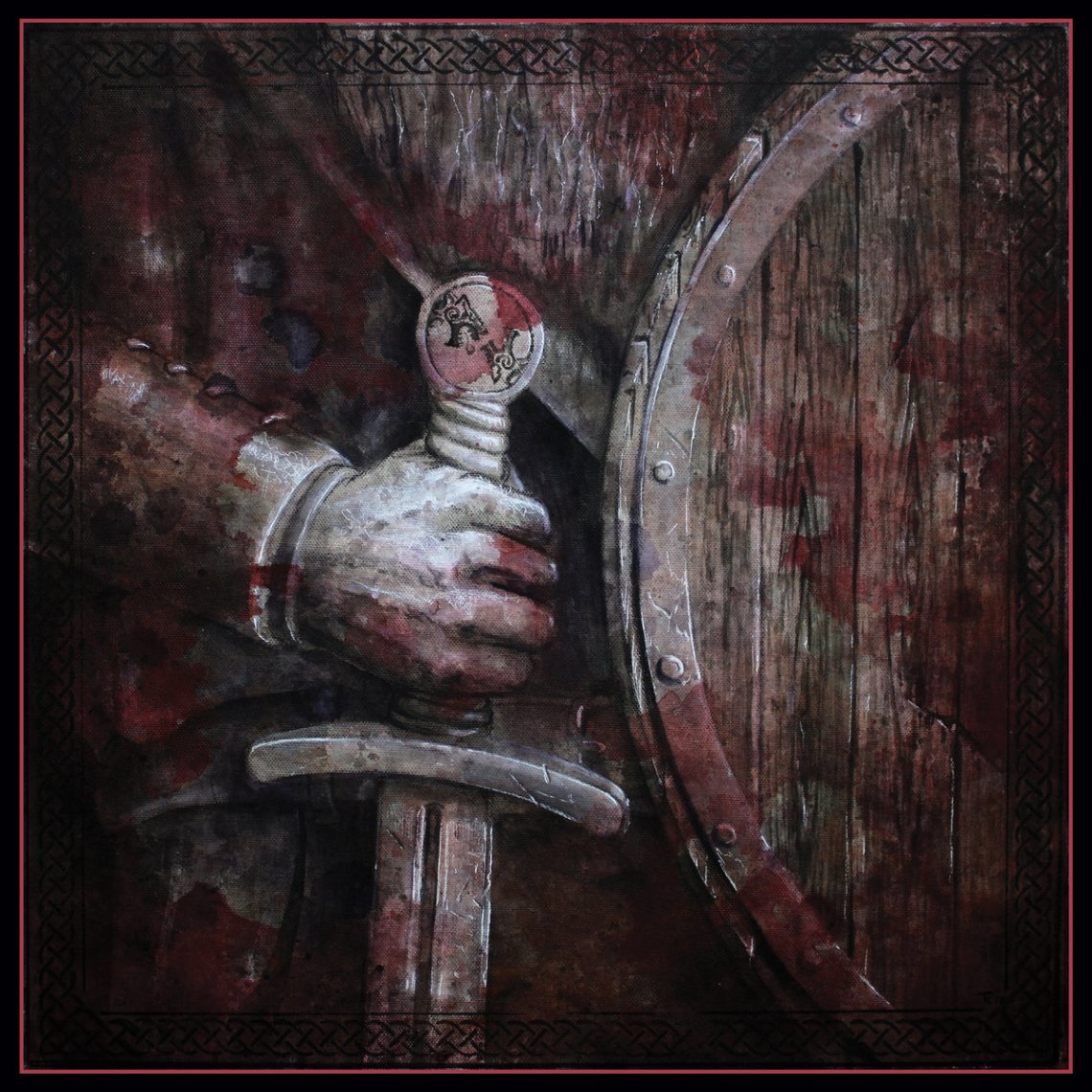 Runespell has struck once again, very soon after the release of one of the strongest albums of last year in Unhallowed Blood Oath. This new album still possesses the signature epic Runespell sound with a departure in the production. Experiencing Order of Vengeance for the first time is a conflicting sensation since the drums seem so high in the mix and everything else seems drowned out. After multiple listens, the artist’s choice seems perfectly justified as the drums bring such a terrific punch at the perfect moments in these tracks. Not many albums released today dare to sound like this; nearly inaccessible at first listen, and if you’re not already a fan of Runespell then you are definitely likely to pass this over without a second thought. This is for the die-hards that like to let albums simmer in order to magnify the appreciation.

“Wolf.Axis” will probably be the best song that will come out of 2018. The melodic riffs are simply unbelievable, making you nearly drop to your knees in awe of the sheer power and melancholy. The aforementioned drum production takes a stranglehold around the 6:45 mark. It is such a simple maneuver, but after the hypnotizing guitar has been building and building, that quick drum tempo change reminds you of why the production was chosen for its specific qualities. It provides a shield blow to your face as the track fades into obscurity. The vocals in this track, along with most on the album, have evolved into a deep, guttural growl with a sense of vitriol that is not seen on previous Runespell works. This album sees an artist in transformation while still staying true to the sounds that captivated listeners from the onset. This album improves with each listen, and will almost surely stand the test of time as a highlight of Runespell’s career, whether it ends today or decades down the road.

Tatanhammer – The Art of Human Sacrifice 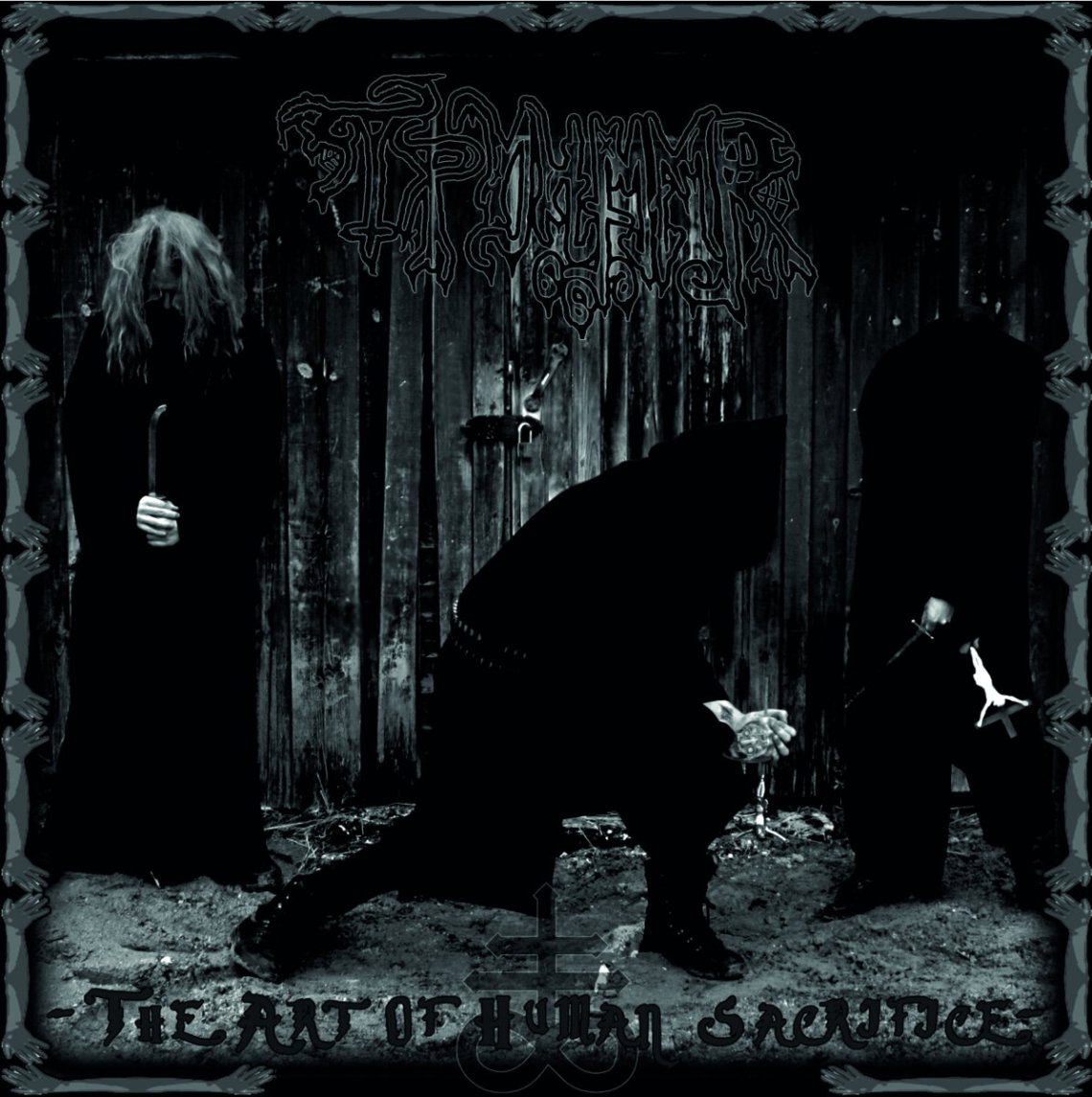 Even in their earliest days, Tatanhammer were masters of sounding naturally evil and demented, which factors in the anticipation for this first full length album. The great news is that this band has taken their identity one step further straight through the doors of their local mental hospital. The wealth of variety present is simply stunning, as the band employs so many effective strategies from a deep vault of influence to create a satisfying yet unsettling experience. Even just in the first four tracks, we are witness to four different sounds that make up this album. All of these tracks are different in their composition yet all form the sum of parts of various states of demented violence to cement this album’s place as a true herald of sinister sounds and ideals.

First track “The Weak” is a mostly power electronic romp through a torture chamber observing a funeral, opening the album with various pleas for help, but the dark journey has only just begun. The next track “Ashes” is more of a grindcore style track, with the static at the beginning leading in from the first track, as is the trademark sound. The blown-out production on the drums makes the blasting attack sound like a war zone captured on a cheap cassette. The fast tempo also infects the third track before giving way to slow psychedelic bits and one of the most insane guitar solos that you will ever hear. With the blown out production and the slow whirling synths. “At The Altar – Morning” is not unlike some of the best moments on the Hail Conjurer album released earlier this year, but it’s as if this track condenses that entire album into seven minutes of hallucinatory hell. “Faces” is yet another departure from the make-up of the previous tracks, itself mostly being a mid-paced black metal attack with some nice riffs shining through the grime.

The synths of Tatanhammer should definitely not be overlooked as a factor that transports their music to immediate bleakness and visions of death. Along with the first track, the fifth track “The One” features some truly haunting funeral organ sounds that eventually overtake the mighty, doomy riffs and the rest of the instruments to create the most somber of atmospheres. The whirling synths, as I like to call them, are prevalent especially in the third track and the seventh track, “The Filth, The Purest” , and they contribute to the more demented psychedelia present within this album. And there is no explaining the digital meltdown in “Backbone of the Veal”. These elements may seem minor in the grand scale of the album, but it is these nuances that make Tatanhammer not just a good band, but a great one. Their knowledge of all aspects of songwriting and being able to fine tune each composition to be brimming with darkness is second to none. After being teased with short cassettes, this new full length has not only been massively anticipated but it exceeds every expectation and is a new watermark of the heights that Tatanhammer can reach, as not many bands are sounding like this right now. 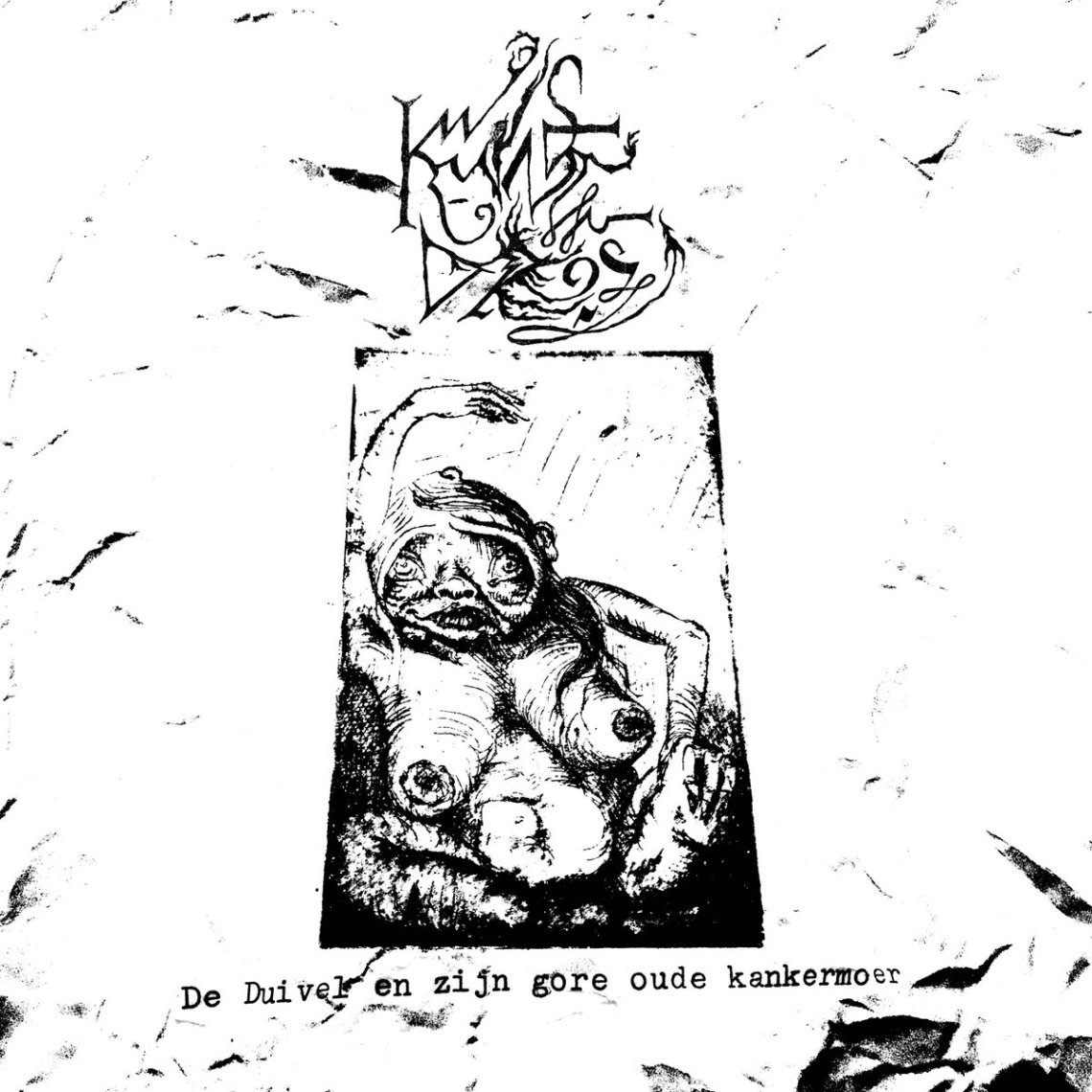 A most harrowing experience has just emerged from the darkest depths of the Netherlands. Kwade Droes deliver psychedelic, off-the-rails, and unhinged black metal in a truly unique fashion where influences are nearly impossible to pin down; this is an artist with his own definitive statement. Right off the bat we are filled with immense dread due to the ominous, lurking riff in the opening track. It is always creeping in the background, breathing its rancid horror down our necks, and there is never relief to be found. All throughout this album, musical sections are mixed with ambient and spoken word bits, sometimes jarringly intermixed to make the songs feel like spur-of-the-moment experiences and not a planned excursion. It’s an accidental rhyme, but Kwade Droes is always keeping the listener on his toes.

The riffs are downright stunning in their demented powerhold over the tracks. “Misdaad Loont” contains a real bruiser, with some harsh electronics thrown in that gives it an abrasive feel in the midst of all this weirdness going on. Even though most of these tracks are around the four minute mark, every one is full of twists and turns that leave you amazed at the creative scope of this artist. The final track (and perhaps the strongest) “De Satan Allerheiligst” Begins in somber ambient fashion before launching into a breakneck riff that is the most traditional black metal sounding moment on this entire album. The synths eventually emerge to give backing to the guitars, and then as you have come to expect by this point in the album, all hell breaks loose amid destructive keyboards, guitar solos that maniacally flutter in and out of earshot, and pained vocals that are all over the place. This track is everything to be loved about this album distilled in four short minutes. For people that feel the truly strange material has been lacking so far this year, then this labyrinthine hellscape is calling.